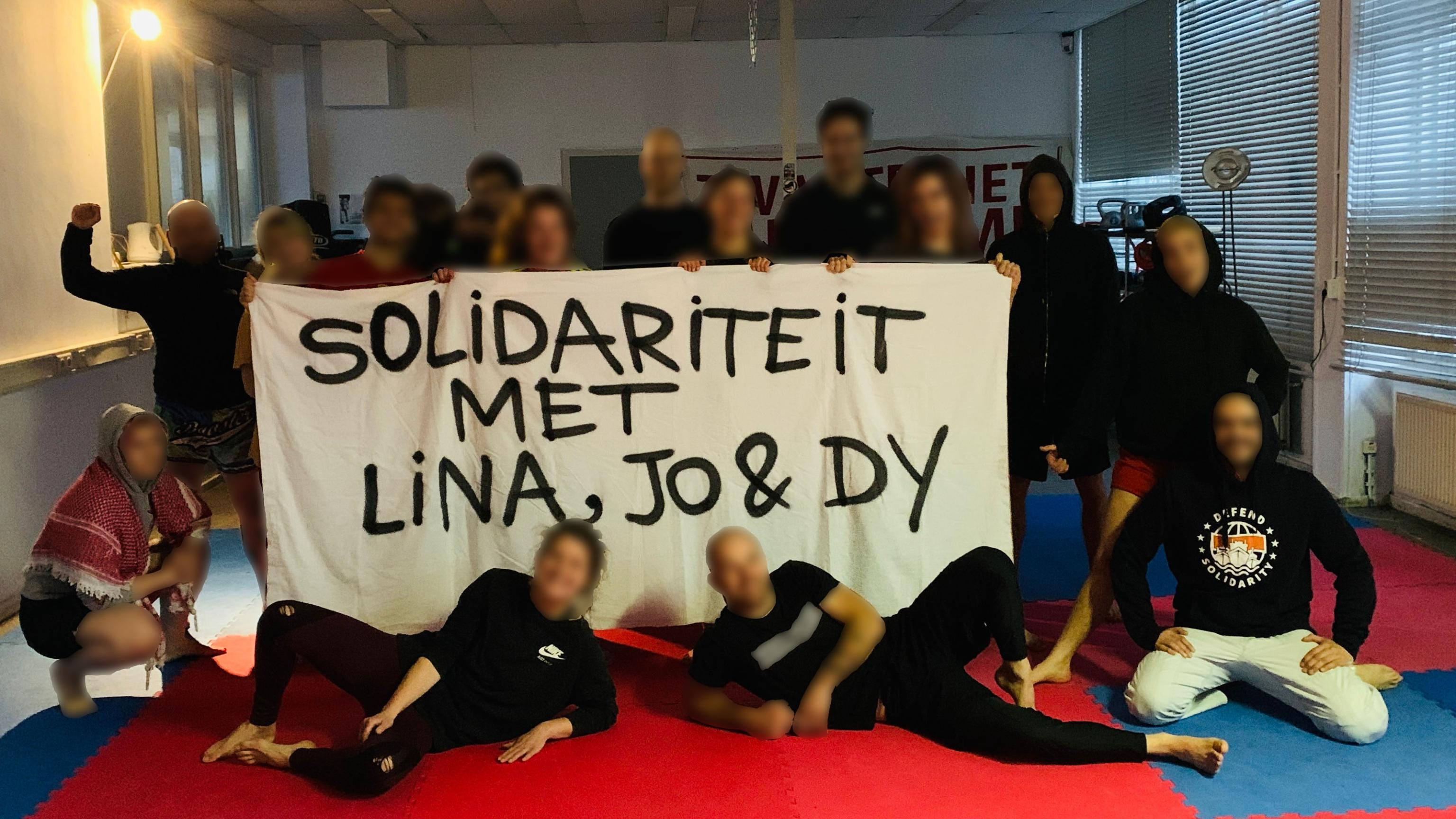 „Saturday the 11th of December we organized the first event of a newly formed group called ‚De Vonk‘. The name originates as a tribute to the WW2 socialist resistance group ‚de vonk‘ which included members from the international brigade who returned to The Netherlands after fighting Franco’s fascists in Spain: writer and anti-colonial activist Anton de Kom and Gerrit Willem Kastein (who killed himself after being arrested by jumping out of a second store window at the parliament rather than to be tortured).
On the 11th we held a Brazilian jiu jitsu seminar for antifascists in The Netherlands. During this event we met each other, got to know likeminded people and trained together.
After the training we had a moment of solidarity with our imprisoned comrades in Germany. The antifascist prisoners Lina, Jo and Dy are from two different cases but in our view are connected by a new wave of repression against (the militant) antifascist movement in Germany.
Lina currently resides in prison awaiting trial and is being treated as a terrorist. She will possibly get a lengthy sentence for suspected participation in a group that organized against ‚knockout 45‘, a Neo-Nazi group that terrorized Leipzig and has connections to active terrorist organisations such as the atomwaffen division.
Solidarity groups are now asking for money to pay for her legal costs and stuff in jail, if you would like to donate something for Lina:

Antifascists Jo and Dy have been awarded prison sentences after a psychical confrontation with the fascist group ‚Zentrum automobil‘ during the right wing Querdenken covid-19 protest march.
Despite questionable evidence and no positive identification of eyewitnesses they still got prison sentences of 4,5 and 5 years.

Antifascism is necessary everywhere.
Solidarity and greetings from The Netherlands!“