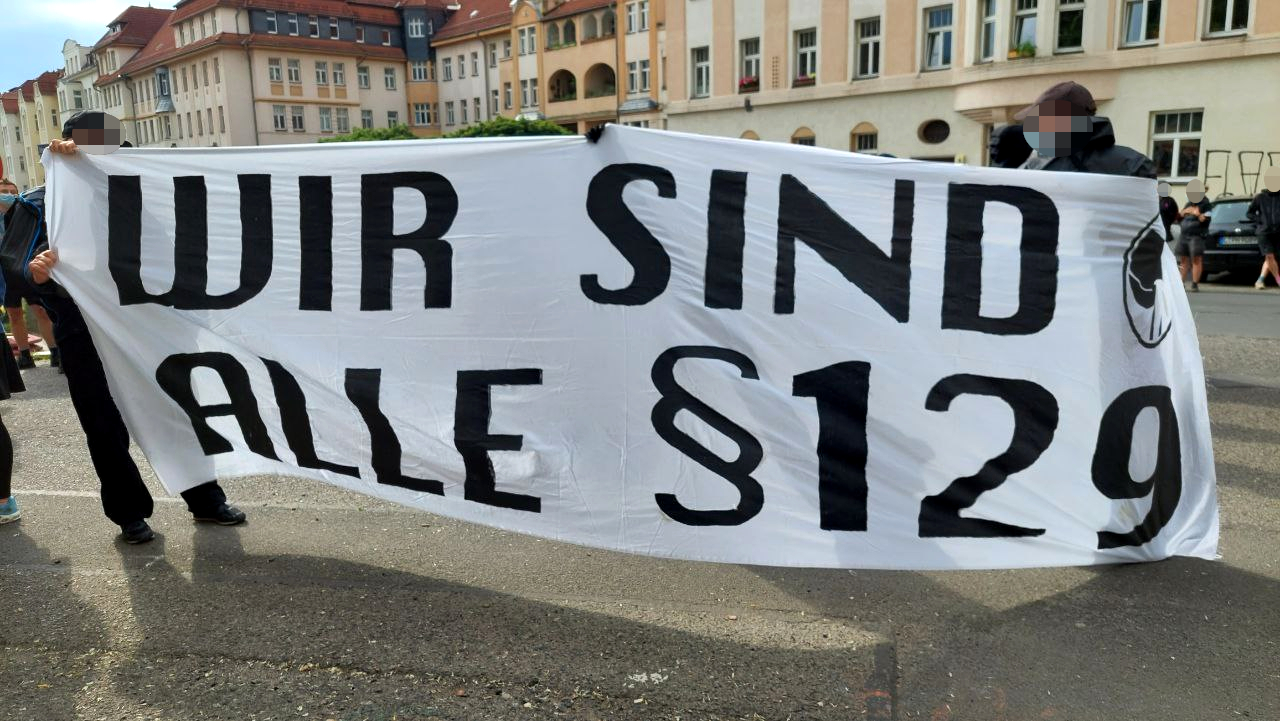 Today, June 15, 2022, there were again house raids around the Antifa Ost trial.

Johannes Domhöver is currently in a witness protection program and appears as a key witness in the proceedings. The house searches of today resulted from his statements to the police.

So far, searches at two addresses, both in Leipzig and Berlin, are known. DNA was taken from at least one person at the police station.

Two people are accused of being members of the association, or of being involved in the accused actions.

Such a scenario does not surprise us, we are nevertheless angry about Domhöver’s renewed disgusting behavior.

No matter how much pressure the cops exert and no matter how much threats the Attorney General or other representatives of this so-called constitutional state issue, treason is despicable and is consistent with what we expect from a man like Domhöver.

He was approached by the domestic intelligence service (Verfassungsschutz) and agreed to testify.

He has taken a new lawyer from Dresden, Michael Stephan, who was recommended to him by the State Criminal Police Office (LKA) of Saxony, and with him he has worked out his new egotistical line of defense.

Overall, he also names what he assumes as general forms of organization and communication, as well as listing allegedly typical scene codes, etc.

On today’s trial day, Chairman Schlüter-Staats ordered that all this information be handed over to the Nebenklage. The present nazi lawyer Manuel Kruppe (former Tripp) took the corresponding CD and left the hall immediately afterwards. Thus, it can be reasonably assumed that all the information ended up with Nazis and on their platforms.

According to the media, Domhöver was accepted into a witness protection program as a key witness about six weeks ago and has since been questioned by Soko LinX, various regional criminal police offices, the Federal Criminal Police Office (BKA), the domestic intelligence service (VS) and presumably other repressive agencies.

He is expected to testify against the defendants at the Dresden Higher Regional Court in the first week of August. For the time being, three days of questioning have been scheduled, and it has become clear that the trial will be considerably prolonged due to the new findings.

Basically, it can be assumed that Domhöver will offer all information, whether true, exaggerated or completely fictitious, to the cops.

The fact that a rapist is also always a political traitor should be known to all. If people now believe that an outcall encouraged this behavior, they should clearly question themselves and their position.

It is not the outcall that makes a rapist talk. Rather, it brings out his lack of political conviction and his scumbag character.

Neither we nor those affected by Johannes Domhöver are to blame for his betrayal, but he alone. He, who tries with all means to save his dirty ass and the state, which uses all means at its disposal to intimidate us and to cover us with repression to stop our fight against this system.

We will not be intimidated – We stand in solidarity with all those affected by the searches and all those whom Johannes Domhöver has incriminated, hurt, lied to and deceived.

Our hatred is for the enemies of freedom and their helpers!

Our solidarity is stronger than your repression – Freedom for Lina!